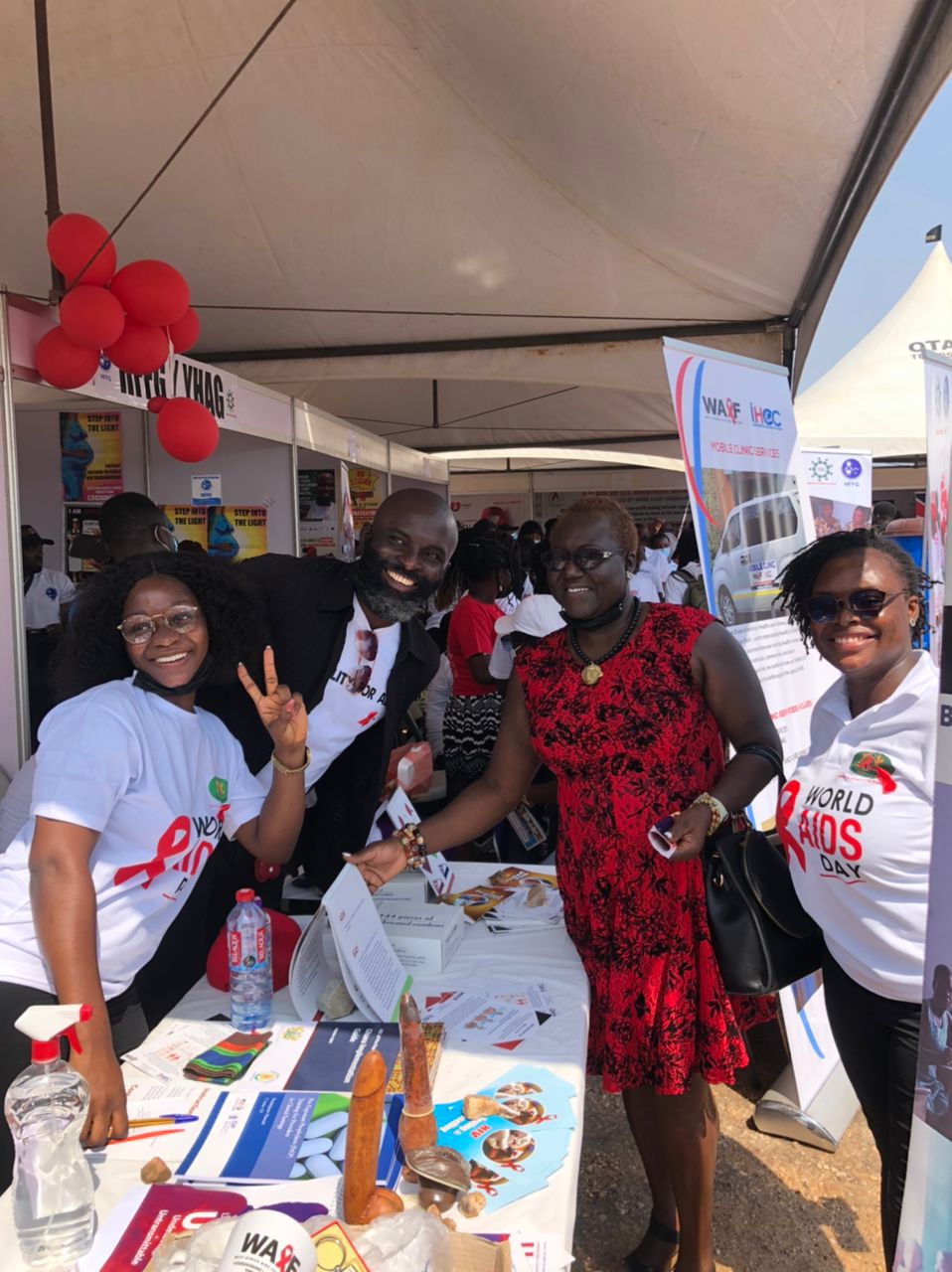 World AIDS Day continues to be an important day for the West Africa AIDS Foundation and each year, WAAF joins the world in commemorating the day!

World AIDS Day, which fell on December 1st, 2021, was packed with a variety of activities to mark the day.  Television and radio stations such as GHonetv, 3fm and Joy news collaborated with WAAF to spread the much-needed news about HIV especially the changes, challenges but also improvements that have taken place over recent years.  Various staff from WAAF/IHCC were on air enlightening the public on such matters and for those who may have missed these, you can find pictures and videos uploaded here to be viewed and listened to in your leisure time.

Starting off with a month-long activity centered around community level education, screening and referral of identified cases for further care, alongside radio and TV sessions, the World AIDS Day related activities were crowned with an exhibition and HIV testing & counseling durbar, organized by the Ghana AIDS Commission which took place at the forecourt of the Trade fair Centre LA in the Greater Accra Region where literally all HIV focused NGOs in Ghana, including WAAF took part.

WAAF demonstrated the correct use of both the male and female condoms and distributed over 500 condoms to encourage safer sexual practices.

WAAF also took the opportunity to share its years of work with interested ones who visited the WAAF booth. These were made up of high school students, journalists, men and women from diverse backgrounds and colleague NGO staff. Various educational materials on HIV, such as U=U (Undetectable = Unstransmittable), preventing TB (Tuberculosis), Pre-Exposure Prophylaxis (PrEP) were given out to interested ones for further reading.

A total of 80 people tested for HIV, comprising 27 females and 53 males. 2 tested positive, of which 1 already knew her status. The one who tested positive was referred for further care. 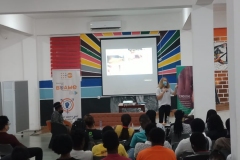 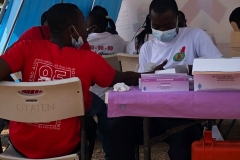 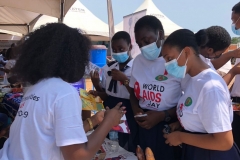 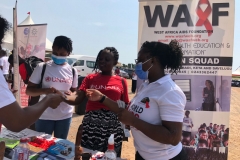 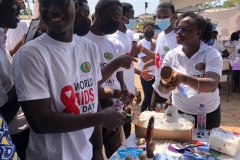 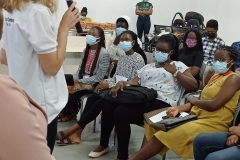 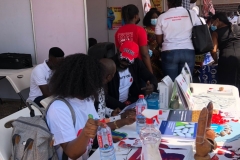 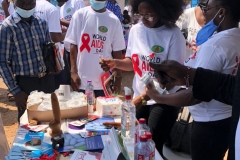 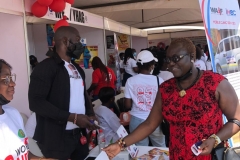 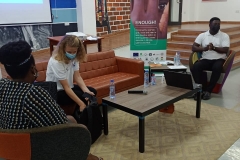